“…What happens when a Leader is suddenly…. No longer the Leader…? “ 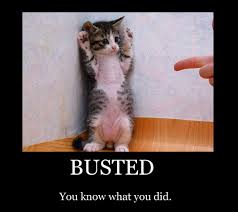 Leader B-U-S-T-E-D:  What happens when a Leader is suddenly…. No longer the Leader?  For any reason… death, resignation, termination, exile ….name it…anything can happen.  Suppose though, the former leader was a “good leader.”  Who would carry on in his position?  Well… there could be a special election; a new hire; a new appointee…. Again; anything can happen.  But if the Leader was a “good leader,” than we would hope that the “new leader” would carry on with the former leader’s program, his plan of action (POA), or his agenda.  Does that happen in the reality of life…NO!  The next guy will do his own thing, regardless of the fact that he may have been the 2nd in command; the Vice, the Deputy, or the Lieutenant.  In 99% of the cases, the new leader will bring in “new helpers,” a new agenda, new funding… or whatever.  He will do it his/her way.  That’s to be expected.  So, the point I make is: Aside from helping to carry the work load; having a 2nd in command is usually a waste of time, energy, and expense.  Do you think, for an example, that if the Police Chief moves on to a larger city; that his Assistant Chief will carry on in the footsteps of his former boss?  Ditto if it’s the Mayor, or Governor….. Or, even President, or for that matter… the Preacher?  Did Johnson continue in the footsteps of JFK?  Heck NO.  Johnson was his own man, and you better know it quickly, or you might be taking a long walk off of a short pier.  Think about this, though… God doesn’t need a 2nd in command.  God was here yesterday, here today, and will be here tomorrow….and throughout eternity.  There will be no change in plans, as His plan will remain in place; and our spot in His plan will remain the same.  You can count on God. Psalm 102:24-27: “So I said: “Do not take me away, O my God, in the midst of my days; your years go on through all generations. In the beginning you laid the foundations of the earth, and the heavens are the work of your hands. They will perish, but you remain; they will all wear out like a garment. Like clothing you will change them and they will be discarded. But you remain the same, and your years will never end.”…Blessings…cjlb… 6/13/14